It was with much sadness we learned of Arthurs death on 3rd December 2015. Arthur played for South from 1959 through to 1973. Arthur's story featured in both of Hyder Jawad's books on South and below are some memories of Arthur that our club has.

Arthur played for South Liverpool for nigh on 15 years in total, mostly under manager Alan Hampson although latterly under Bobby Murdoch.

Arthur is second in the number of first team appearances made in our history from our formation in 1935.

He did in 1961 for a short period play for LLandudno Town but soon returned to Holly Park.  In April 1971 he broke his leg in an away game at Bangor City, in one of those quirks of fate the player tackling him was an ex- South player himself.

Arthur came back a few months later in 1971/72 season and played for another season. Despite having been mainly a full back he would play in a number of roles in midfield and up front to help South.

His South highlights were that he had played in the Second round of the FA Cup in 1963/64 at home to Workington (which is the furthest South have got in the FA Cup). In the First Round he had missed the draw at Halifax Town through suspension (having been sent off in the previous round at Retford) and Neil Taggert played in his place and played very well at The Shay. For the replay, which South won, Arthur by now a lynch pin to the team, was restored to the starting eleven by Allen Hampson and helped see us through to the Workington game, which we lost 0 -2.

Arthur was part of our Lancashire Combination title winning team in 1966 which was the last senior league title we would win until 2015, a gap of 39 years. He also won the Liverpool Senior Non League Cup with South when we defeated Marine 3-2 at Rosset Park in April 1970.

Arthur also played in the FA Cup Fist Round for South against Tranmere Rovers in 1972 when we faced three ex-Liverpool legends, Ron Yeats, Ian St John, and Tommy Lawrence, losing 0 -2 with the official attendane as 5,935.  The last great attendance South would see at Holly Park.

Arthur left South in April 1973 and played for Grassendale in the 4th Division of the Liverpool Sunday League where he played against South's "A" team. Bobby Murdoch invited him back home and 1973/74 and 1974/75 saw him as Reserve team trainer / player for the reserves who did well in the Lancashire League. Arthur was called back to emergency first team duty  six more times. In his final season at South (1975/76) Arthur helped with both first team and reserves. One of his final duties in May 1976 was to "referee" an annual Team v Supporters game at Holly Park (the "team" winning at a canter 7 -3 with trainer Barry Thompson & keeper Kevin O'Leary playing outfield).

Arthur finally left South in May 1976 and woudl teh next seoasn play for Blue Union in the Liverpool Sunday League.

In a final club link Arthurs son in law, Nigel Halsall, although playing for with distinction at Southport had staretd as South Liverpool's youth team captain in the late 1970's and captained our youth team in the FA Youth Cup when our team included John Aldridge & Phil McFerran. 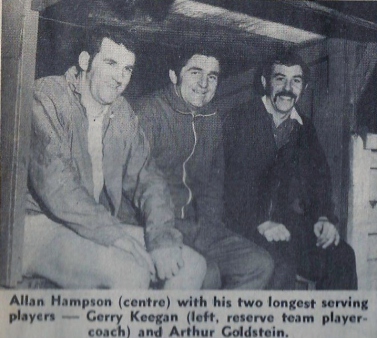 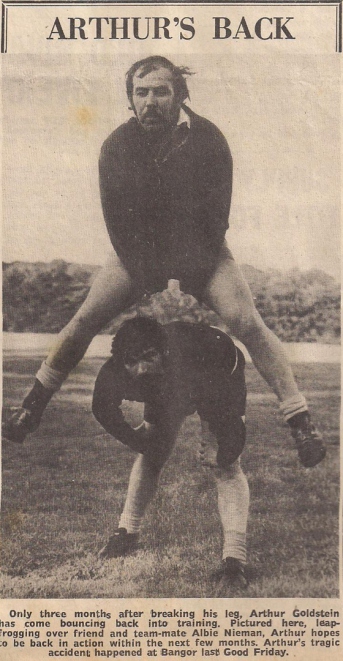 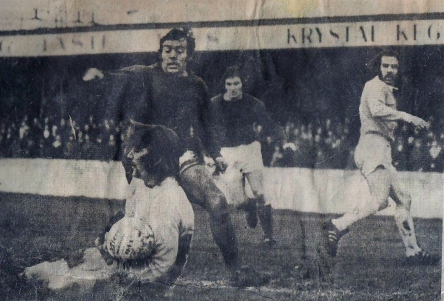