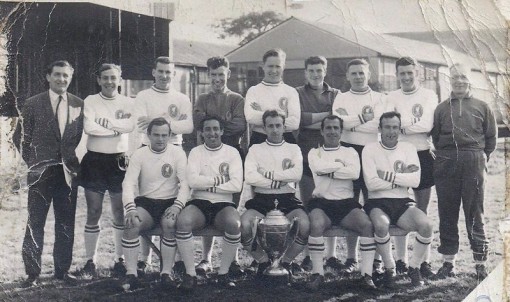 Picture with League Trophy at Prescot Cables in May 1966. South were at Cables for a post season Testimonial game for Harry Grisedale. Harry Grisedale had been a full back at Hope Street for 16 unbroken years making over 750 appearances and this was his last.

(A big thanks to our former keeper John Hackett for spotting where the picture was taken!) 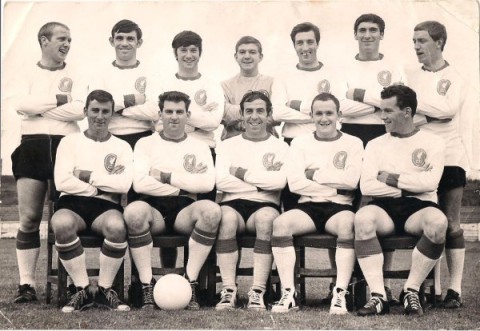 1968 the start of the Northern Premier League 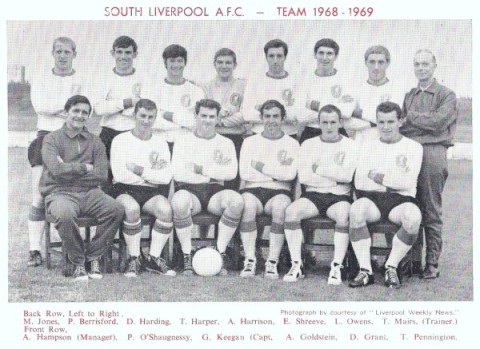 Dave Harding went on to play for Australia in the 1970's and was in the 1974 Socceroo's that went to the World Cup finals in Germany. 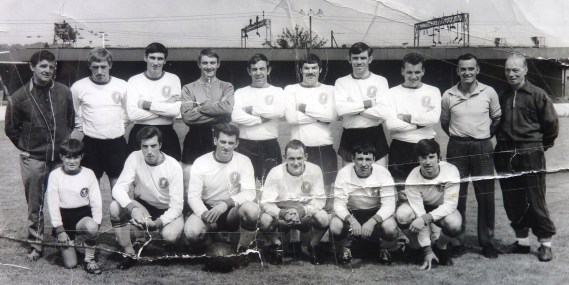 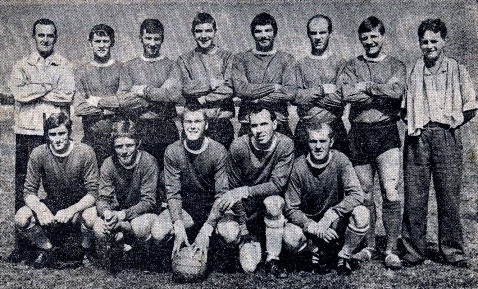 They were under new reserves coach Johnny Bennison, who replaced George Corbin. Johnny had been recruited by Allen Hampson from Wavertree based club Earle albeit he was an ex South player himself.

South are pictured in our then away strip of Blue shirts and socks with black shorts. 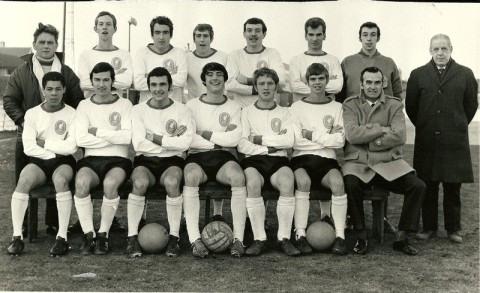 **As per Hyder Jawad’s Rest In Pieces book with featured player Mike Axworthy using his copy of the picture for the book.