Martin was named Manager of the Month for October 2019 and it his eighth award since we joined the West Cheshire League. 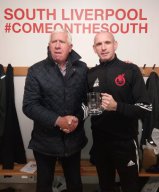 Martin received his eigth manager of the month award prior to the league game v Chester Nomads in November 2019. 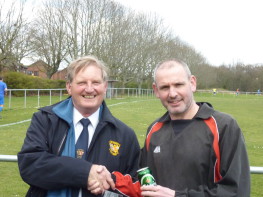 Martin receives his second manager of the month award (sponsored by CARLSBERG) from Arthur Green, West Cheshire League Secretary, prior to the Heswall 4-1 home win on 20th April 2013. 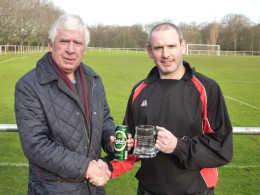 Martin has been at the South manager helm since the start of the 2001/02 season and has been in charge for over 750 first team games. He is South Liverpool FC's longest serving manager and our most successful including seeing his team gain promotion to The North West Counties League the club's return to Semi Pro football after a thirty year absence.

Under his management South's first team ﻿have won; 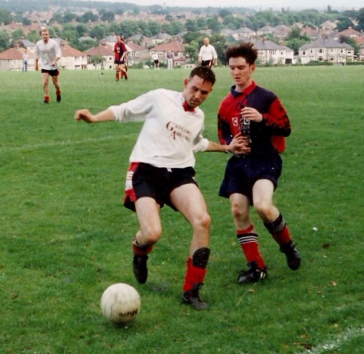 Martin previously played for South, making his debut in our opening County Combination game in 1992 ﻿at Electric Supply Reserves and totalled 184 appearances over the next eight years.

Martin played recorded two goals in his appearances, one of them was here at Mossley Hill Athletic.

Martin's association with the club is even longer. With dad Mike our Reserve team manager, Martin played in our Junior teams and was Player of the Season for the Under 11's back in 1980/81.