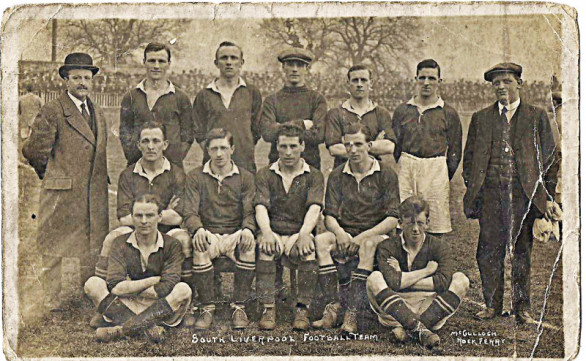 A picture post card of the original South, the post card picture was taken by McCulloch's of Rock Ferry.

Thanks to Hyder Jawad he has dated this to being taken at Prenton Park prior to the Liverpool Senior Cup semi final tie against Tranmere Rovers on March 4th 1920. The game at Prenton Park was drawn and South eventually went through after a second replay on 19th April 1920.

As ever any names to add in please email us. 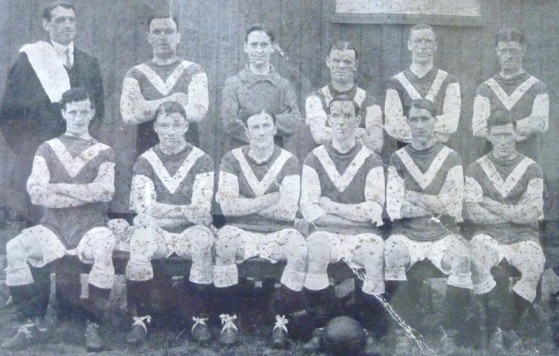 Here is the first team picture we have of the old South for the opening of the season 1914/15. Although it may well have been from late in the 1913/14 season. The start of the 1914/15 season was set for September 5th but the Great War was already a month old and moving focus away from football.

The Dingle Lane club would not be able to build on its pre war success and The Babes as they were apparently nicknamed would slide towards obscurity but its remnants linked up with newly formed New Brighton FC. Sadly a precursor to what would happen to the reformed South on the outbreak of the Second World War our glory days would never return to the heady heights of 1939 bar for brief flickerings in 1964/67 period and of course 1983/84.

South played at Dingle Park, Dingle Lane where the picture was probably taken.

If you have any full names let us know and we'll add them in.