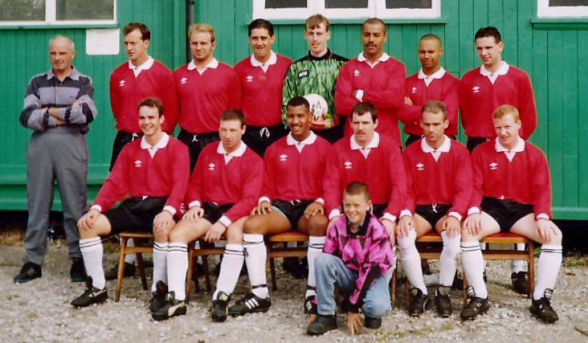 South Liverpool in their first Liverpool County Combination home game in Division Two after their reformation then under their expanded name of Cheshire Lines South Liverpool.

This was before the first home game on Saturday 5th September a 1-1 draw against Mersy Docks & Harbour Company, Richie Kay getting South's goal. South would win promotion that season as runners up to Stockbridge under the guidance of manger Mike Ryman who would remain in charge until 1999.

Introduced prior to our home game with Electric Supply Reserves.

South lost 2 -1 with Darren Mason getting our consolation 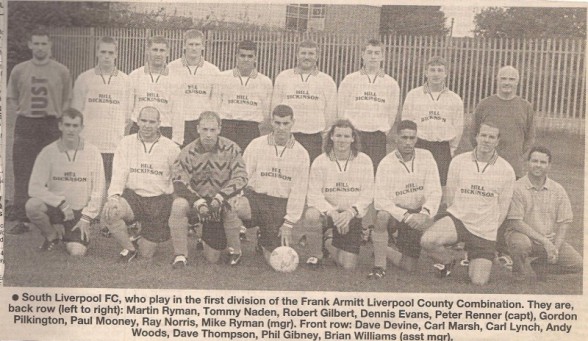 In front row row of picture between Dave Devine and Carl Marsh is Mark Ryman which teh team above misses out. Carl Marsh now resident in Christchurch, New Zealand is seen with the keepers gloves. However he didn't play in goal that day, long serving keeper Stephen Ward did but he was late for the photo not the game!!! 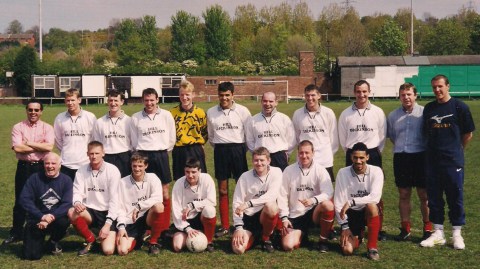 Dennis Evans & Peter Renner were 97/98 ever presents, while this was Tony Fraser's only appearance and one of two by Jon Battle that season.

Thanks to Phil Gibney for completing the naming of all players