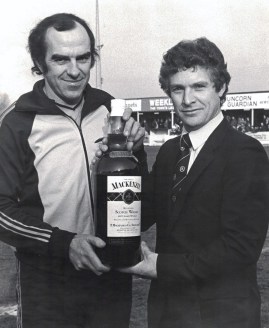 This is nearly as good as a team photo, memories of a great day in our history. Its 14th February 1981 and South's manager Russ Perkins receives his award for January at Runcorn FC, after a good run of results. On the photo with Russ is David Bingley from sponsors Mackenzie. Russ got the award at Canal St home of the champions to be and local rivals. South fans hoped the awards curse would not strike and see us lose on Russ' big day. It seemed likely as The Linnets had not lost at home that season. In an incredible game with penalties saved, controversy and goals, South edged it 3 -2. Neil Wood held his nerve to smash home two penalties for us, Mark Carter "Spike" scored a superb winner, that still lingers in the memory for those there, rounding ex South Peter Eales in the Linnets goal. A Great day & a well deserved award for Russ. Sadly for South, Russ moved in March to Witton Albion and we appointed ex Marine man Phil Smith to take the helm. 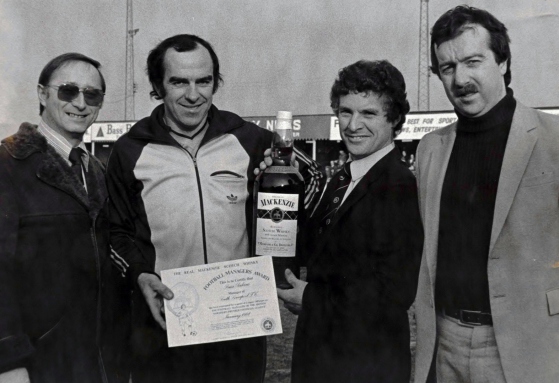 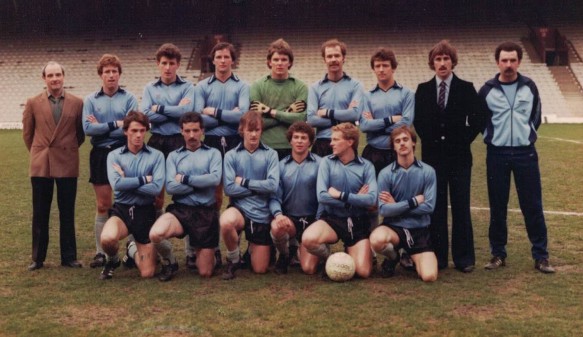 South defeated Kirkby Town, Tranmere Rovers & Prescot Cables to reach the final which Liverpool FC hosted at Anfield (South's third ever visit to the home of the Reds). Having taken an early lead through Mark Carter, goals from Kevin Sheedy, Ronnie Whelan & Mick Halsall saw the young Reds side take the cup with a 3 -1 victory. We would go on to win the trophy three times in the 1980's before our loss of semi pro status in 1991.

Our team that night was 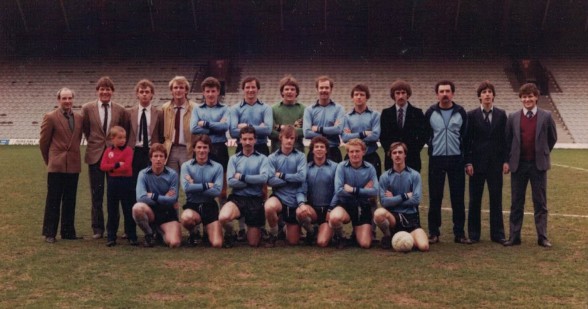 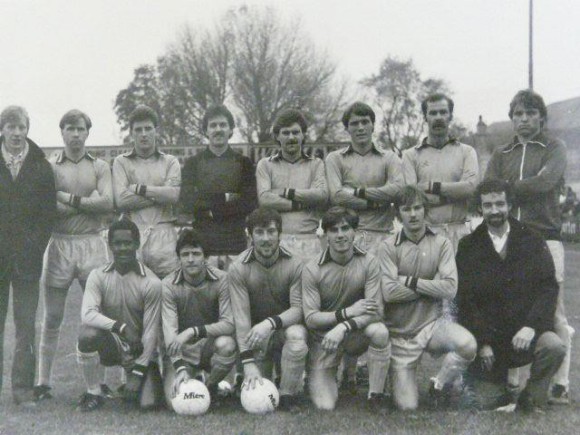 South lost 4-1 at Seel Park and played in our sky blue change strip.

In the previous midweek he had played for the NPL representative side at Gainsborough Trinity - a rare accolade for a South player in the early 1980's and one fully deserved by Spike. 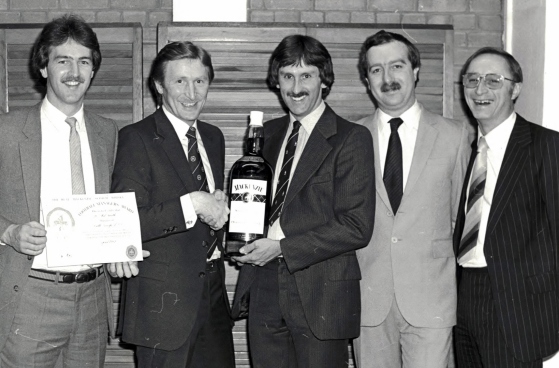 Our grateful thanks and best wishes go to Peter for the use of these photos.

South's original colours return as the away strip 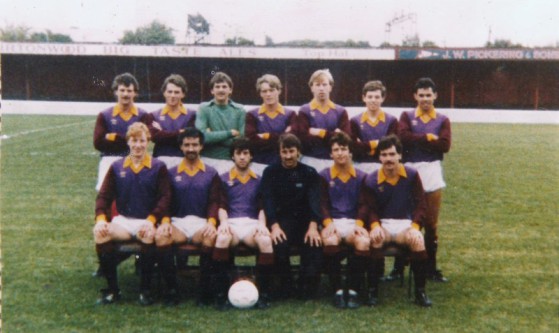 South seen here in their new old colours of purple maroon and gold. The kit sponsored by Mike Brocken was officially aired in our opening NPL game of the season v Grantham at Holly Park on August 1982. The league giving us permission to play in our non home colours

The kit would then revert to being Souths away strip.