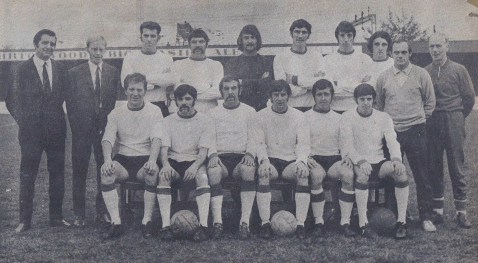 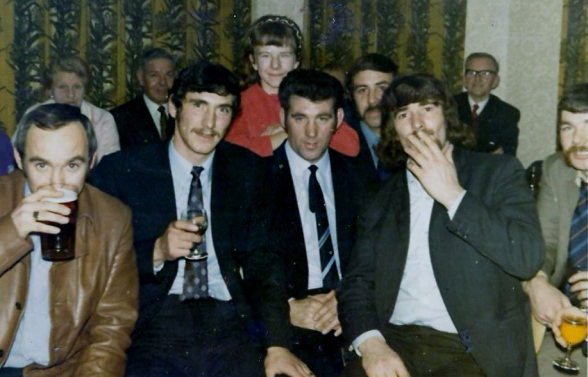 Not a team picture as such BUT a unique gathering of our early NPL stars.

South committee member Colin Robinson considers this may well have been at the Halewood Hotel. 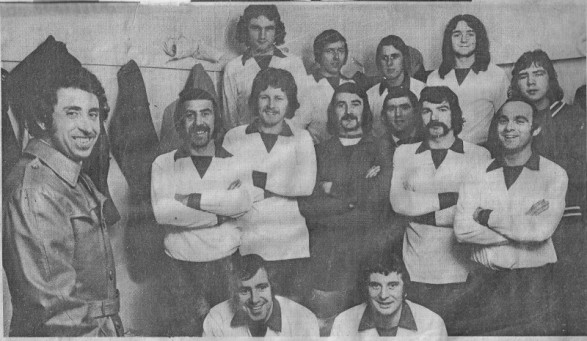 South ready for the tranmere game

South played Tranmere in November 1972 and lost 2-0 with an early goal from Eddie Flood and a late goal from Malcolm Moore giving Rovers the path to Round 2 where they lost 2-1 to Bradford City.

South team above seen in preparation for the game with manager Bobby Murdoch and his team (from Liverpool Weekly News).

Fellas it was like it was only a few years ago! We remember. 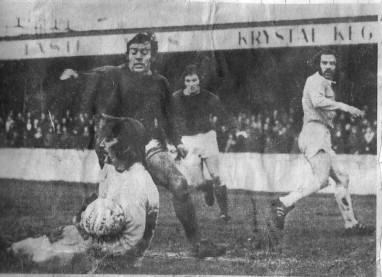 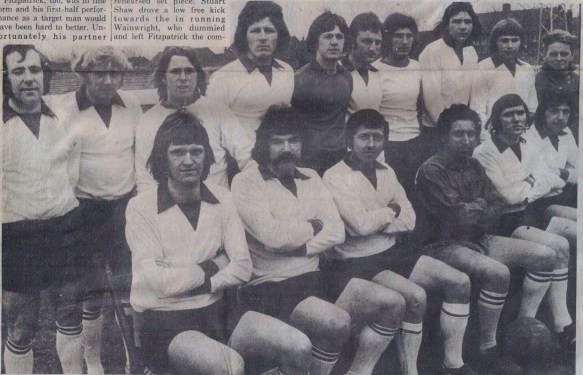 At this point South were lying well in the Nortehrn Premier League having gone out the FA Cup to Tranmere Rovers earleir in the season all in Bobby Murdochs first season in charge. 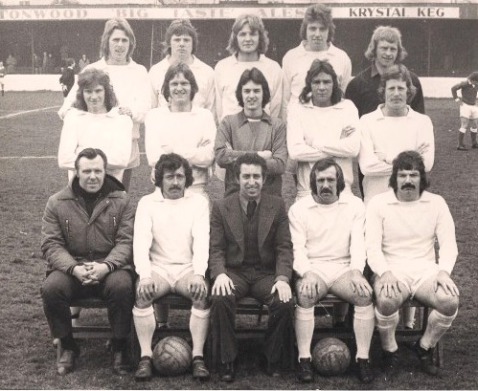