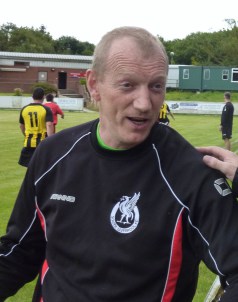 Stephen Ward joined South as goalkeeper in August 1995 and remained first choice up until the end of 2010 and was considered the best amateur keeper around.

He had one period away from South in 1998 when he journeyed to New Zealand and for a short period was in the reserves at South in 2005 before stepping back up to the first team.

From 2010 he became cover to first choice Peter Webster and in 2013 moved up to the management team as First Team Coach. In the Summer of 2019 he stepped up Assistant Manager when long time assistant Ken Deakin stood down. 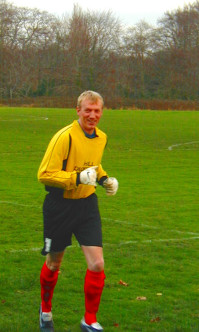 Stephen Ward 2003 at The North Field

Stephen has won three cup and two league titles with South as a player and also made 23 reserve team appearances (with 11 clean sheets).

His last appearance for South as a player was in October 2012 in a West Cheshire Bowl game at West Kirby Reserves.

On his 400th first team appearance he scored from open play with a long clerance up field which beat the visitors keeper.

He has once come out of goal and played outfield during part of a league game in 1998 against YCT at South's then home, Pavilions. 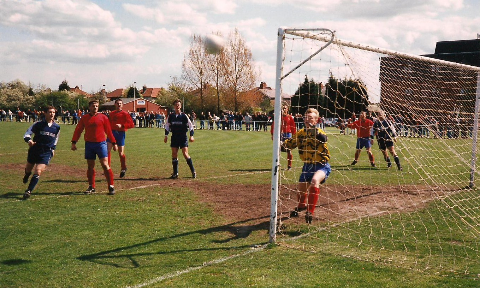