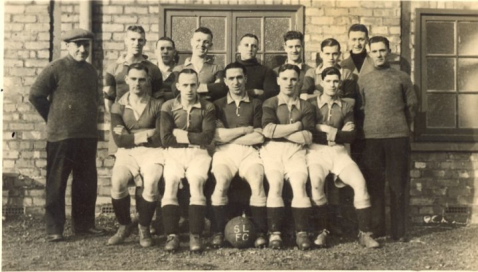 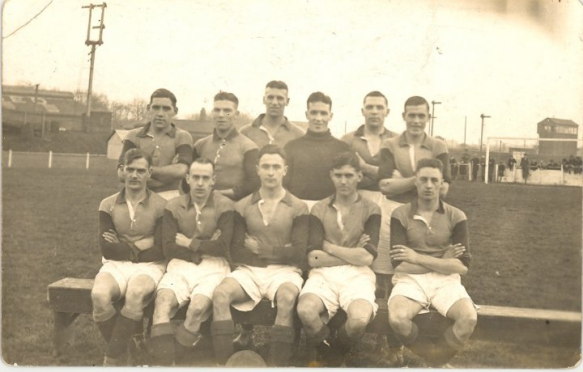 This is the first photo of the team we have at Holly Park with the team sporting our orginal colours - purple shirts with maroon sleeves, white shorts and purple & black socks. Given the players on the picture it is an early season one as Bowers signed for Bolton Wanderers in December 1935. 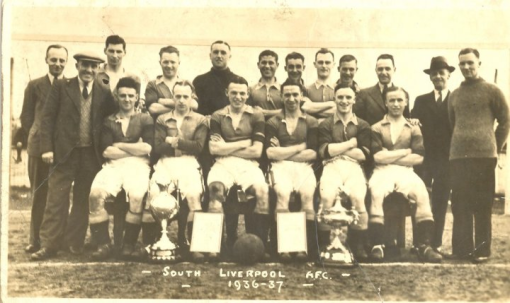 South won the Junior Cup and the Reserves won the Liverpool Cup in late March. The Lancashire Combination league title was only won in late April in the penultimate match away at Leyland Motors.

Bill Beckett was transferred to Blackpool FC two weeks after this photo for £250, he made 38 appearnces and scored 27 goals for South! 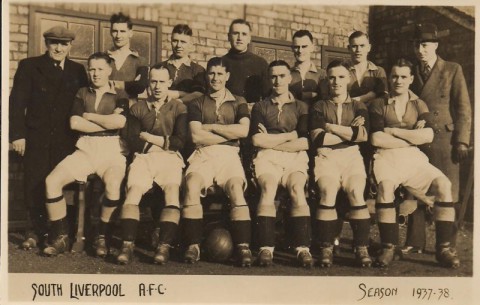 Pictured behind the Holly Park stand 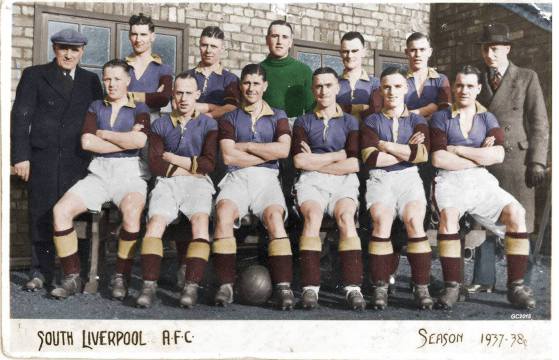 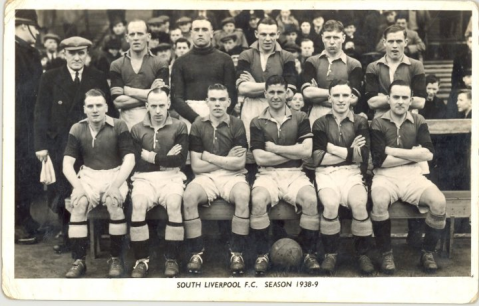 An interesting picture as it doesnt include Jack Roscoe who was injured and out the side from December 1938 to about early Feb 1939 so this picture is likely from  that period.

Picture most likely taken on 5th May 1939 at the home friendly v Bury (2 -2 Freddie Urmson 2) and was just two days after the Welsh Cup win at Wrexham over Cardiff City.