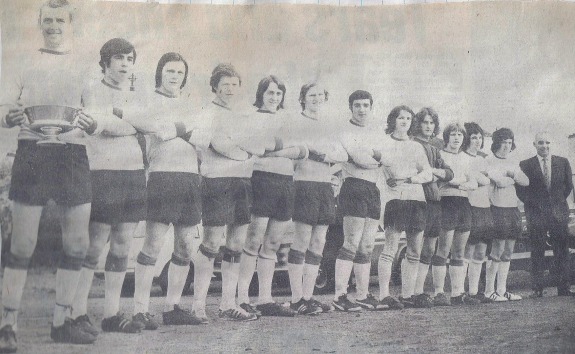 Here are South youths team in 1971 with the league trophy. Coach was Gerry Towey. 5th from left is Jimmy Case who graduated to the first team in and was snapped up by Liverpool and went on to have considerable success!!!

Gerry Towey had previously been at Formby FC & brought Geddes, Murray & Whelan to Holly Park from his Brows Lane days.

Thanks to Sean Whelan for completing the line-up (Aiug 22).

There is a photo from the final in our 1970's gallery, we lost 1 - 0 to Prescot Town. The final game was played at Earle FC's Wavertree ground on Lance Lane. The ground is now exclusively part of the Bluecoat School's playing field, Earle's wooden hut changing room long gone. 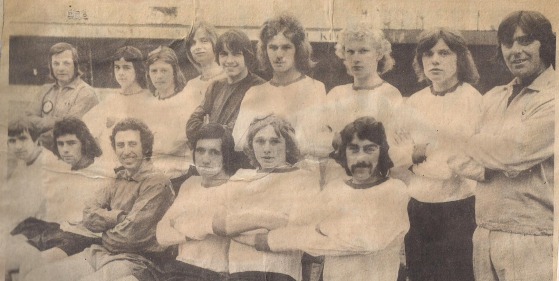 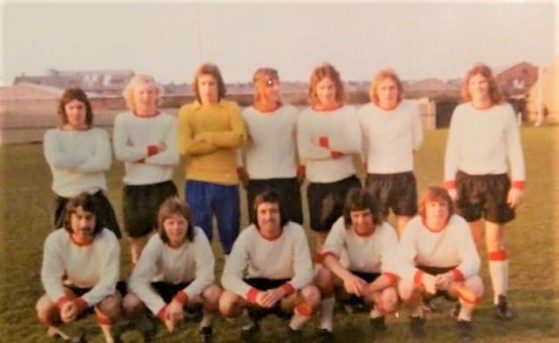 The asst coach on the left was Les Parry (in blue) back row, on the other end of the back row was Joby Humphries who was our coach. Front row extreme right was team secretary Mr Alan Bartlam now vice chairman of Vauxhall Motors FC 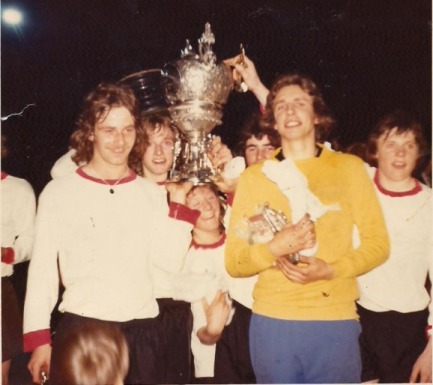 Here the lads are celebrating. From left to right is John Cain, Richard Budgen Paul Raven, Chris Daley, next our keeper and on the right our leading goal scorer John Ravenscroft.

We won 1-0 via a 20th minute penalty converted by Chris Daley. 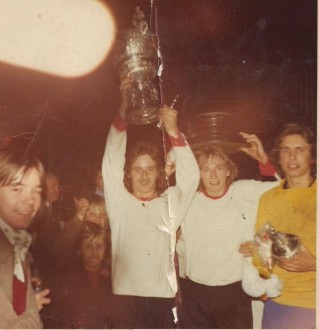 Great to hear in March 2013 from our captain that night John Cain. After playing for Souths first team he moved to Australia, in the summer of 1975 where he still resides﻿. 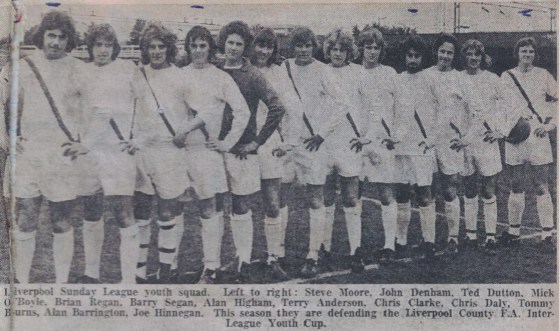 Not strictly a South team picture but one worth recording. South's youth team were in the Liverpool Sunday League Youth Division finishing runners up to Lister and also won for the first time the Lancashire County FA Youth Cup (above). The Sunday League's representative side featured in the squad four South players including team capatin Joe Hinnigan. South's other three above are Steve Moore, Mick O'Boyle and Chris Daly. 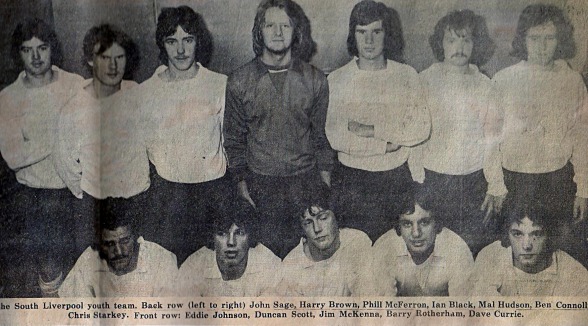